A downloadable game for Windows and macOS

ProtoDungeon: Episode I - You are... somewhere. You fell here. And you remember hearing voices talking about the "anchor" and the "chapel" as you fell, but you don't see anyone in the strange, ruinous castle before you.

All you know is there's an old scroll inside detailing a particular spell, and that spell allows you to switch places with various objects. Maybe you can even use it to find your way into the chapel...

ProtoDungeon is a prequel to The Waking Cloak.

macOS users - please download using the Itch Client. Downloading the file directly and attempting to play will result in an error message stating the file is damaged (it's not, it's just quarantined). This is a common macOS issue with applications downloaded directly from Itch. If you still want to use the direct download, please use the following instructions to bring the app out of quarantine.

Good demo of the game's puzzle mechanics. I like the swapping mechanic. I do agree with others that the game should have a more gentle introduction to the mechanic.  That said, I personally didn't find the puzzles to be too confusing. I was able to finish the first episode in about 20 minutes or so.

One thing I found somewhat irritating was the different types of pits. Some transfer you to lower floors whereas others, the ones outside, just cause damage.  In games that have "floor" mechanics, where you can fall from one to another, I prefer some kind of visual indicator to show you can fall from one floor to the other. My first assumption was that falling into the pits would kill you outright, since that's how most games operate. To introduce that mechanic, you could have a room in the game that "traps" the player on a square surrounded by pit tiles, and the only way out of the room at that point is to fall into the tiles.

After that, though, when the player first encounters the pits outside that cause damage, they've come to expect that you can fall into pits, to travel to new dungeon areas, without damage, because that's been the mechanic up to this point in the game. I'd appreciate some kind of stronger visual indicator, or some warning, that says "These new pits? These cause damage." Otherwise it just seems somewhat punitive, and it's unclear which pits will cause damage and which will let you fall to a lower floor in the full game.

Overall, that's a very minor issue. Most players probably won't notice or care, but I figured I'd point it out anyway.

Thanks so much for the comments! I've definitely taken a lot of feedback into account and can't wait to put it into practice.

I will say you likely got less confused than others because the current version cleaned up most of those issues. :)

The pits do have a small visual difference, but I agree, it's not explained or taught. I have plans to update their appearance as well as the manner in which they're introduced.

Reply
The Captain3 years ago(+2)

Absolutely incredible! The pixel art style melds so well wrenching a sense of nostalgia  from deep within me being. On a less metaphorical note, ProtoDungeon is an amazing game. The mechanics feel smooth and are original. They incorporate the into the puzzles well and its satisfying to use. The music set up this amazing atmosphere that inspires this sense of awe. A wonderful game and I cant wait to see more!

Congrats on your release! Looking forward to the The Waking Cloak.

I haven't read the other comments. Maybe I'm repeating something.

I liked the game overall but I have a comment about puzzle progression:

After getting the swap scroll it would be nice to have a very simple test of the mechanic to let the players get used to it. For example: In order to exit the room, there is a pot that blocks the door and you need to swap with (a single shot). Afterwards a room that requires two shots and then introduce mirrors, etc. It was not the case back in the 90s but nowadays I guess is the expected way to introduce new mechanics.

I think the item in level 2 pretty much destroys the dungeon. The puzzles have a great design for level 1 but are trivial for level 2. Maybe all these puzzles should be mandatory in level 1 in order to get to level 2. Or you could consider nerfing the weapon for example by only allowing the ball to turn at certain tiles (maybe only can change direction when touching a wall instead of mid-air).

I played for an hour in total but I had to restart the game twice. The first time I had to stop after 30 minutes because of an appointment and later I there is no save feature. After work played again but after some time I got stuck. I think I fell through a hole while moving in diagonal and I got stuck in a candle :( I believe that games that lean on the puzzle side should have a button to restart the current room. It would also fix my stuckness. The third time I was much faster and finished the dungeon in ~10 minutes. I found a hidden lake with a weirdo in there.

I can't talk much about the difficulty because I published a puzzle game with a similar mechanic in a gamejam couple years ago so the solutions looked quite obvious to me.

I played with an USB Xbox controller. Evertyhing was smooth  besides when I got stuck in a candle.

Bug? It looks like you can move a bit the character while the screen in black in the intro so you can make it fall in a different place. That was my impression, I may be wrong.

Thanks so much for the detailed review! I do plan to have more "teaching moments" in the next dungeon. My issue this time was trying to pack it all into one room--the mirror, the pot, the blocks, the buttons, gates, etc. I'll spread 'em out more next time. :)

And yeah, I've gotten some great feedback on the lv2 spell. lv1 was originally planned to be a "short range" swap and lvl2 "long range," and a lot of the puzzles were built around that. I changed it very late in the game because it didn't feel good, and irrationally thought that the puzzles would be fine. But watching playtesters and gathering feedback, turns out not so much, lol. The dining room in particular got super broken by the  lv2 spell. I'm actually working right now on the next major patch that will shuffle some things around and force some linearity--needing to complete the dining room puzzle to access the room with the lv2 spell in particular.

Next demo dungeon will have saving if I get the chance to implement it! It just didn't make minimum viable product this time, unfortunately. Trying to keep things agile. :)

Anyway, I appreciate the comments. I'm pretty pumped gathering this feedback and starting my big ol' post-release analysis document. I learned a lot about dungeon design from this (which was the point) and am super excited to get started on Episode II.

I thought it was pretty perfect for a kind of small-scale test dungeon. Only real gripe is that yeah - it ends juuuust when the puzzles were really starting to get good. The early ones you just kind of no-brain threw the orb around until things fell into place, but as it went on you had to think a little more about the order in which you warped with things; it was a really solid progression of difficulty, I'd say. The prospect of a room becoming unwinnable if you perhaps wasted all the warp points sounds a little tacky, but I suppose there isn't too much you can do about that. And yeah the player can just leave and come back in.

Also sounded pretty decent and looked great; I love the kind of satisfying gradual camera movement you have going on (those screen transitions are niiiice). KEEP IT UP!

Thanks so much!! It's funny the amount of different responses I've gotten on puzzle difficulty (way too easy, way too hard, just right, etc.). I have some ideas for next time though which I'm really excited to try out. :)

Appreciate the comment. Makes my day to hear people are enjoying my little test dungeon.

The first part of a tech-demo series to the in development game "The Waking Cloak".

Pro:
- technical and graphical excellent Gameboy Color look and feel
- learning the mechanics was very natural due to the dungeon-design

Con:
- puzzles are sometimes unnessecary chaotic in how they are presented so they felt a lot harder then they are actually should be.

comment to the dev.:
I really liked how the demo felt (also I enjoyed the easteregg very close to the end).
As I stated above some of the puzzles felt a lot harder to solve then they should be. It is not that I don't like a challange but especially the dining-room with its mirrors felt very chaotic, so solving it was more of an trial and error when to cast the spell in which direction since I didn't bothered in actually try to follow its way in my mind by observating the room (to many mirrors to keep track of and no need to plan beforehand) so this room was kind of a chore.
In the old GB/GBC-Zelda games I enjoyed the puzzles being challanging but always super easy to get your head arround, so you weren't stuck in a room for a long time.

Otherwise everything felt great and I look forward for more since I first found the trailer to waking cloak! Keep it up!

This is some really excellent feedback, and I appreciate your video too (I set YouTube on auto-translate to English captions, which was an adventure lol). I'm working on my post-release analysis of all the feedback, and I'm very excited to refine my approach to puzzle design for Episode II. Danke!!

Playing this made me realize how much I miss games like this! It's simplicity in style and charming details in the sprites and sound design, from the rustle when you shuffle through the grass. The swapping mechanic is really neat too! Really looking forwards to more!

So glad you enjoyed it! There's a handful more of these demos to come, and then The Waking Cloak!! 😊 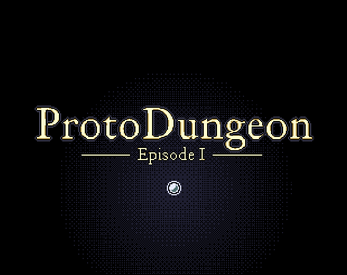